Can hypnosis cure homosexuality is a hotly debated topic. The idea was generated from Pavlov's Dogs. Does it work? Should it be used?

Many people say hypnosis doesn’t cure.  They also say homosexuality is not something to be cured.  I will go out on a limb and say that homosexuals should seek out hypnotherapy.

Some of my homosexual clients have felt this was like a cure.

Hang with me here... Read the entire article to see why I say this.

If you are homosexual, I want to ask you 2 questions…

How did the idea of using hypnotherapy to cure being gay first come about?

Back in 1963, Peter Roper published his research in the Journal of the National Medical Association

Let’s do a little time travel.

Homosexuality was considered a mental illness in the 1960's.

Because of this, Peter Roper decided that in order to cure homosexuality, full emotions should be enacted. He imagined that if the homosexual patient felt disgust, resentment and aversion during trance then they would reject homosexuality.

Before you learn about the results of Roper’s studies, let me let you in on what you may not know about Pavlov’s dogs.

Pavlov's dogs made their mark in psychology. But they should have been more famous for their physiology NOT psychology.

A Pavlovian response is physical, not a psychological reaction.

We now know a lot more about Pavlov today.

According to Daniel P. Todes in his biography, “Ivan Pavlov: A Russian Life in Science” (Oxford), Pavolv was not the man that history portrays.

In fact, Pavlov's work is based on basic misconceptions and inaccurate translations.

You may remember learning in school about the Pavlov’s dog that salivated at the ringing of the bell.

However, Pavlov “never trained a dog to salivate to the sound of a bell.”

Pavlov would remove a dog’s esophagus and create an opening in the animal’s throat. Despite what the dogs ate, the food would never make it to the stomach. It would fall to the ground instead.

He measured their quantity and chemical properties in great detail. He won the Nobel Prize in Physiology or Medicine in 1904.

Here’s the problem… dogs are not humans. The intellect and emotions in a dog are fused together. They are separate in a human.

The very thought of curing homosexuality is abusive

Abuse will change the very nature of how something acts or reacts.  And Pavlov’s studies were not natural.

What most people believe that Pavlov proved was conditioned response.

Conditioned response to food and cigarettes has some therapeutic benefit in modern day psychology.

But not with sexuality.

Hypnosis is known to sensitize and accelerate conditioned response. In the case of alcoholism and nicotinism, the author developed procedures whereby the odor or taste of an alcoholic beverage or of cigarette tobacco would be sufficient to trigger a marked aversion reaction.

Roper attempted to create aversion reactions to sexual desire for the same gender. He worked to create an anticipated disgust, displeasure and dread in the patient.

Despite Roper's published research, you will not be able to find studies on the success of changing homosexuality into heterosexuality though.

Even in Roper’s own experiments, his aversion therapy only lasted weeks.

Which means, it didn't work.

You really won’t even find any hypnotist that will support this. You can find extremist people or groups that use fear and misinformation to base their opinions, but not scientific data.

Radicalism is not evidence of success.

I hope you already know that there is NOTHING wrong with you because you may be homosexual. (Or bisexual, gay, lesbian, queer, transgender or transsexual.)

I use hypnotherapy to help my clients release the trauma and pain caused by other people’s opinion about homosexual.

This allows them to live happier and freer by lessening the impact of other’s ignorance.

This is the “cure” that my clients have reported. It’s not a cure in the traditional sense.

A cure is a substance or treatment that cures a disease or condition.

Stress, anxiety and trauma are factors that bring on diseases and create debilitating conditions.

Homosexuality does not need to be cured

Anxiety, stress and trauma can be addressed, lessened or cleared.

Hypnotherapy can help you feel more comfortable with who you are.

For best results, find someone trained in clinical hypnotherapy that you feel comfortable to perform the therapy.

And trauma release is most effective when you trust your therapist. 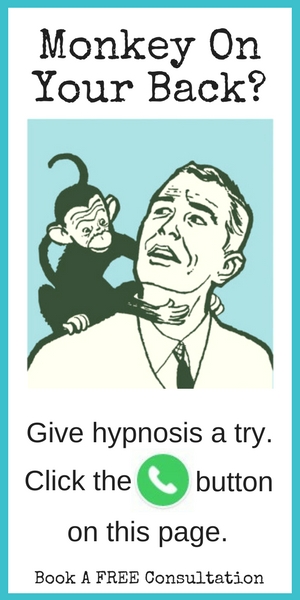